Kyoko Morooka (諸岡京子) is the head and only member of the Eiken clubs science division as well as a former science club member and has the smallest breasts in Eiken club. 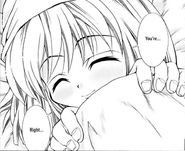 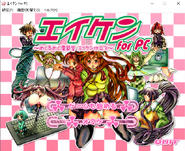 Add a photo to this gallery
Retrieved from "https://eiken.fandom.com/wiki/Kyoko_Morooka?oldid=6809"
Community content is available under CC-BY-SA unless otherwise noted.