Chiharu is an innocent girl who has a slightly romantic relationship with Densuke. They both like each other but are embarrassed to show it.

She is the eldest of her six siblings; unlike most of the other members of her family she is much more conserved. She gets embarassed when males and especially Densuke look at her, which she thinks they are staring at her chest, and tends to cover herself with an arm and shy away which tends to ironically make her admirers find her more appealing. 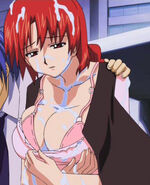 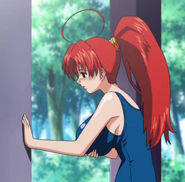 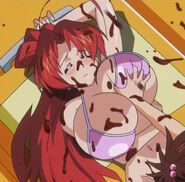 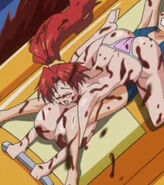 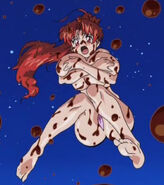